Hello everyone! As you can tell, I have posted my second flower-hybrid collage that pairs well with my previous collage Allure (see previous post). The image displayed below is titled Demure. 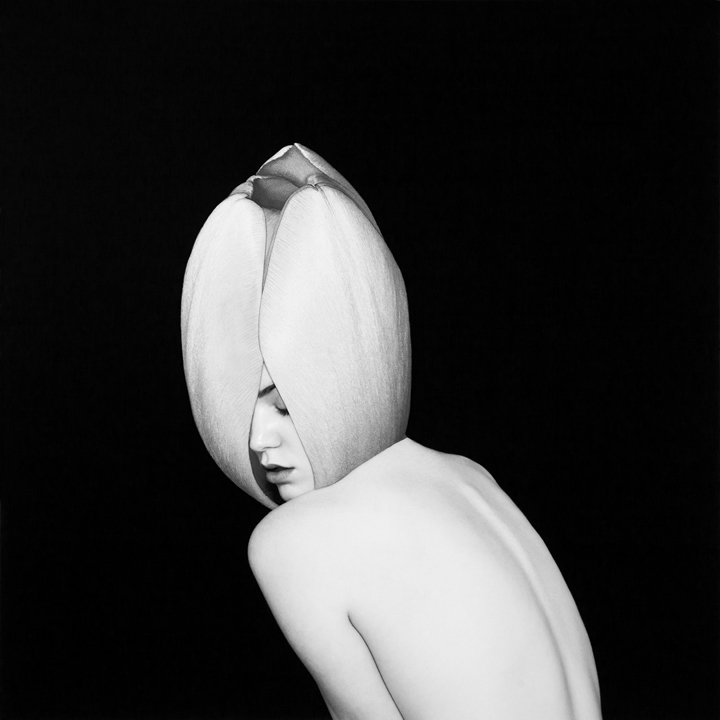 By comparison, Demure was much simpler to assemble than Allure because the flower was constructed to wrap around the female's face instead of blending into each of her facial features. Although I will say that the tulip used for this piece was slightly more difficult to photograph...

When I first purchased the tulip it was closed and had a perfect oval shape. But by the time that I brought the tulip into my studio to shoot, the flower had already bloomed and lost it's beautiful shape. So the tulip that you see in this image was actually taped shut from the inside of the petals to "fake" it's closed configuration. In addition, the original color of the tulip was a fiery orange-red so I converted the colors to B&W and manipulated the tones so that the petals would appear to be a milky white color (like the female's skin tone).

Stay tuned for more posts in the near future!